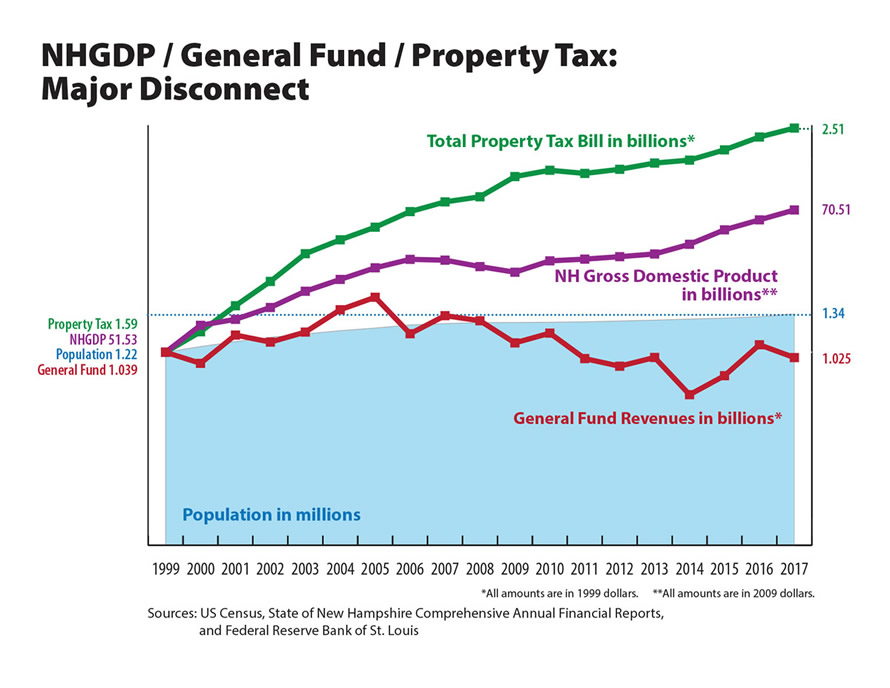 We have been told that tax cuts are good for the state budget because revenue will grow. The above chart shows that is just not so.

State revenue has declined because taxes were cut: the estate tax and inheritance tax were eliminated; the business profits tax and business enterprise tax were cut; and various tax breaks were written into the business taxes and the interest and dividends tax. In addition, some taxes, such as the cigarette tax and telephone tax, have not grown with the economy.

As revenue declined, the legislature compensated by downshifting state obligations onto property taxpayers. The state stopped contributing to the cost of the retirement system for municipal and school employees; revenue sharing was slashed; school building aid was eliminated for new projects; and state aid to public schools has declined after adjusting for inflation.  These changes have increased property taxes by hundreds of millions of dollars.